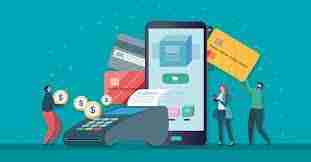 How secure is your payment ecosystem?

The other day I was chatting with a villager on my trip to Rajasthan. He was the owner of a large oilseeds field. Unfortunately, he faced a crop failure due to a delay in rains. Luckily, the crop insurance scheme was his savior.

“What mode do you use for insurance payment?” I asked inquisitively.

“I prefer the UPI Madam. It is so convenient. Direct bank to bank transfer. It has made our lives easier. Previously, I made use of wallets. But, loading money gets hectic sometimes. Also, the security is minimal. How can we be assured that our money is in safe hands?” he replied.

UPI boasts of a superior payment mode as compared to wallets and digital cards. With UPI 2.0, the signed intent & QR and Invoice in the inbox security features are added.

In the course of this blog, let us compare the security features of UPI vis a vis Digital Cards and Wallets.

This is a significant feature of UPI that brings in the first layer of security. UPI verification of the user happens during the initial login and registration. The UPI app binds with your mobile number to verify your identity. In case, you change the phone or the number, you need to verify your identity again. This option ensures that your credentials stay safe in case of a mobile threat or identity threat.

Comparatively, Digital card offers different security features. Nevertheless, it is unique and robust in itself.

As compared to UPI, wallets offer a lesser level of security. For example, many wallets do not offer two-factor authentication. But on the other hand, the QR code feature of wallets minimizes the payment data.

Nevertheless, there is a chance of security compromise in the case of wallets due to the indirect involvement of the bank. It is basically a wallet to wallet money transfer.