The UPI vs Wallets war: Who is the winner?

Home » Digital Payments » The UPI vs Wallets war: Who is the winner? Choose the best payments platform for your business

Recent research suggests that between 2021-22 & 2024-25, UPI will dominate payments space with 59% payment transactions. Interestingly, UPI clocked a whopping 1.31 billion transactions in December 2019. Further, UPI has been dethroning popular payments medium like Wallets, Digital Cards, etc. In other words, UPI vs Wallets debate is a reality.

From the non-requirement of an intermediary to safe and secure transactions, UPI differs from wallets on a number of aspects.

In the course of this blog, let us learn the crucial differences between UPI and Wallets.

In the case of wallets, money is transferred from the sender’s wallet to the receiver’s wallet. The user has to load money from their respective bank account to the wallet before making a payment. Hence, the wallet acts as the intermediary in the money transfer between individuals. It involves a complex transaction process.

On the other hand, UPI involves direct bank to bank money transfer. There is no involvement of an intermediary, thereby reducing the complex wallet loading step. Hence, you can make the funds transfer with a single step.

In the case of the wallet, the mobile number is the account identification entity. Before you make a transaction, the identity of the sender and the receiver is verified by the wallet application.

Contrarily, in the case of UPI, the VPA (Virtual Payment Address) acts as the payment identifier. It takes the form of:

In comparison, the UPI transaction takes place between any two bank accounts, irrespective of the UPI application used to make the transaction. For example, using Google Pay, a sender can transfer money to a receiver who has Phonepe installed on his phone ( using his Phonepe VPA ).

On the other hand, for UPI transactions, there is a limit of 1 lakh transactions/day. However, the upper limit varies from bank to bank, i.e, from 10k to 1 lakh.

UPI provides a platform for a safe and secure transaction. In other words, every UPI transaction happens with a 4 or 6 digit M-PIN (mobile pin). The MPIN is set up during the initial registration on the UPI App.

Comparatively, there is a chance of security compromise in the case of wallets due to the indirect involvement of the bank. It is basically a wallet to wallet money transfer.

Top 5 differences between UPI and Wallets

YOU ARE READING THE ARTICLE COURTESY: SabPaisa (SRS Live Technologies) – headquartered in New Delhi with eight regional offices including Mumbai, Bangalore & Kolkata – is a rapidly growing Fintech company having developed one of India’s most advanced AI-driven recurring payments platform bolstered by another of SabPaisa’s unique products: world’s first hybrid payment platform which has all the payment modes in a single checkout page, online and offline, from UPI to Cards to e-NEFT to e-Cash. Businesses that take SabPaisa’s payment gateway get real-time reconciliation and consolidated reports for all payments, recurring or one-time, online or offline, in a single dashboard, whether the payer is an 18-year-old in Kashmir paying through UPI or a 70 year paying through Cash in Kanyakumari. SabPaisa’s payments and collection application suite have already processed more than INR 12 Billion to date. Learn more about SabPaisa here:https://sabpaisa.in 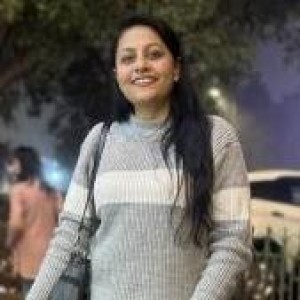